The first 2 rows are quilted and put together. From the beginning, this effort has taken 5 months to get this far. I almost have the other 3 rows all prepped and ready for quilting and connecting to the first two. It probably will take me another month.

THEN… The Borders are sewn on. The front sashing is all cut, but I must also cut the backing fabric to be sewn also. Maybe part of the month above or a week extra. I will have to keep you posted on that – it all depends on the things that always pop up and take my focus elsewhere.

So, I will be positive and estimate the quilt will be king sized and finished by April 15th

If I start feeling better (I have a sinus infection) I will do maintenance on my sewing machine then change the needle to a new sharper one, before I begin to free-motion quilt each block before joining them to the quilt. I also need to decide whether or not I will quilt the sashing between rows. I will need to experiment with scraps because this may be the answer to my dilemma about securing the backs of the sashing. I am hopeful.

I hope you are following this and still reading – Ha! This post is more suited to a Quilter’s website, however, I want to surprise my quilting friends in person. And because I’m stuck inside the house, under a “Winter Weather Watch” – this means it will start snowing any minute now. I am hopeful about this also. I LOVE watching fat snowflakes falling outside as I snuggle up by the wood-burning stove.

As if they would take me!

So, when those of you who know me well stop laughing, I will explain.

If you didn’t notice Not Pretending (to be sane) has been silent, no worries. Consider it a little vacation for your brain.

If you did notice a disturbance in the Force, please accept 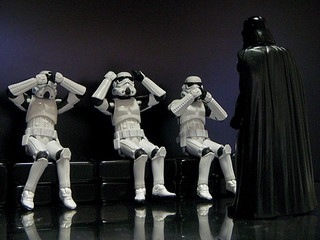 my humble apology. If it makes you feel any better, I have missed y’all. So much so, that I am writing a post when I should be doing chores. Today is my only ‘day off ‘ this week. The rest of this week, through the week-end, I am working at our local Quilter’s Guild’s annual Quilt Faire.

This is a HUGE to-do for us quilter’s. And a lot of work to get it together every year. Because it is the most elegant and fun Quilt Faire EVER!  People keep telling us that and we, of course, believe them.

So… If I’m not actually working at the venue, I am home baking goodies to sell at our Country Store. A good thing I’m giving them away, since I shouldn’t eat them myself. To further prevent the ‘taste testing’ I may decide needs to be done, I baked a sugar-free cake for us to enjoy. I hope it’s big enough.

If I don’t make it to the grocery store today, it will be the only thing in the house to eat. Unless we want freezer-burned pot-pies or ‘Kid’s Cuisine’s’ that our granddaughter’s won’t even eat.

I am not even dressed yet and it’s embarrassingly close to lunchtime. However, that is not yours to worry about. In fact, if you have made it this far into possibly the most boring-est post ever, I commend you 😉

Those are my reasons for not adhering to my Post A Day commitment. But, in the words of our former state Governor –

For those new to Not Pretending, you may not know that I am often the victim of life’s improbable and sometimes ridiculous events. In other words, the craziest crap happens to me.  Sometimes the crap is humorous. Sometimes it’s caused by my clumsiness or stupid thinking.  Occasionally, there are outside forces at work against me. Like today.

I got a “kit” to make an easy level crib quilt and I decided my beginner skills could handle it. All I had to do was sew two borders around a solid panel, then find a fabric for the backing and some batting for the in-between layer. Then I could quilt it and finish it.  Piece of cake.

What I forgot to factor into this venture, was that I was the one doing it.

The first thing I did was open the kit and look at the fabric. The Winnie the Pooh and Eeyore panel, that was 90% of the quilt, was cut out crooked. At first I blamed the quilting store. Then, I noticed the pattern of little holes running down the sides of the panel. Someone had attempted to make the quilt before I got the kit.  Mmmm…

Probably the same person who cut the panel half-assed, I told myself. I will just trim the edges and make it square up. 35 minutes later it was as good as it was gonna get. On to cutting the fabric for the borders!

The border fabric was cut crooked as well – what a surprise!  Now to sew the 1st border fabric to the panel. First I ironed the pieces, then I lined the right sides together and pinned the fabrics where I wanted them to be when I sewed. This took up a lot of time. I used my rulers and marking pencil, as I was taught and still I had somehow cut the border pieces a bit “off”.

Oh well, I said. The outside borders would make up for it, and I plundered on.

HA!  Ignorance is NOT bliss. The outer border matched up even worse. Now I had a mess so obvious that I would have to start over.

This is what happened to the quilter before me. After ripping out all the stitches, she packed up the kit and returned it to the store. I am on to you, lady. You ruined my happy sewing day.

I’ll start over tomorrow. I’m in the middle of a good book. The book at least has squared up corners  😉