J. Lea Greenfield has been writing stories since the age of ten. Always wanting to write a novel, she made many attempts through the years. Work, family and life in general interrupted her bouts of creativity.

Now retired, she has participated in NaNoWriMo 2012 & 2013, starting 2 very different novels, and finishing them. Through the Door was published in the spring of 2015, and soon after she was offered a contract to write a screenplay of the story.

Through the Door won the Oscar for best screenplay and

Since then, J. Lea has written 5 adult fiction novels, 4 children’s books, and 3 screenplays, between writing more books in the Through the Door series for the National Historical Society.

She lives on the western slope of the Sierra, with her husband and her dog

Daily Prompt: The New York Times is going to feature your blog on its home page, and you’ve been asked to publish a new post — it’ll be the first thing tens of thousands of new readers see. Write it.

The United States sends Federal aid to any foreign country, battling natural or man-made issues. Not only in $$$, but troops.

This week I am in the middle of a real-time disaster that desperately needs some aid from the Feds now. Both $$$ and troops.

In case you haven’t heard – The state of California is on fire. Not just wildfires in the No. CA Sierra, or the usual Santa Anna induced fires in So. CA, but those PLUS SEVEN other raging fires. Massive evacuations are being calculated and carried out. The places in central CA that are (currently) not on fire, are being choked by smoke and ashes. There are road closures, and wasting millions of dollars worth of electricity to run air-conditioners because they dare not open a window. There isn’t any fresh air left to let in.

Our firefighting budget is almost gone and we don’t employ enough fire-fighters to be spread out over the entire state at the same time. I would like to see the President send those F-18’s – you know, the ones on hold for Egypt, out here to help with airdrops.

And those troops that Mr. Obama promised to start bringing home? Have them stop in CA for a few days to help out the National Guard. I’m sure that compared to where they are, this will be seem like a vacation. At the very least they shouldn’t get shot at or blown up.

I would like to make an official Citizen’s Request of the Federal Government: Californian’s pay more taxes than any other state. Can we have some of it back?  One point three million would really help a lot. 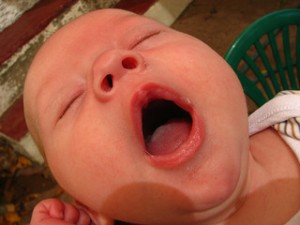 The Daily Prompt is ‘YAWN’. What bores you?

GOLF. Watching a golf match on TV has to be the most boring thing, ever. Apologies to those who love to play/watch golf, but it had to be said. If forced to watch (I know, right? But it happens!) it is only tolerable if I am sewing, knitting or crocheting while doing so.

When I think about it, I am rarely bored. My handwork makes a lot of things tolerable for me. Like airports. Road trips. Waiting rooms. American Rifleman – hubby watches this show because he likes old guns, but he agrees that the host speaks very, let’s say non-enthusiastically.

Maybe golf in the deep south is a bit more exciting…

I am an intense and hyperactive person. I cannot sit still and do nothing. Doing handwork will actually help me slowdown and relax – something everyone from family members to doctors,  keep telling me to do.

I have friends who love golf. Go figure. They tell me it relaxes them and I should try it.