In spite of their efforts to beef up defense against running plays, and their  defensive lineman that thinks he is the God Of Thunder, the 49er’s beat Green Bay in the season opener. Again.

It was a great, exciting game! In spite of my usual complaint.

So, Troy Aiken and Joe Buck – why did you re-play the same tackle (over and over, and over again), showing Kaepernick getting massacred by Clay Matthews? This happened in the first half – along with many other plays that ended happier. Maybe it was the brawl that broke out after the hit that captivated you.

I agree that Matthews late hit was a nasty move, in fact, hubby and I both roared in protest when it happened.  A penalty was called, the players warned, and the next play was underway. We all had to move on. Everyone, except you two, moved on.

Then, y’all started talking about the ‘big mistake’ the ref’s made by ruling the repeat of the 3rd down. Then you speculated about how the 49er’s would not have gotten a touchdown otherwise. Oh, really??

There is no rule that says you have to kick on the 4th down. The 49er’s may have decided to go for it on the 4th down. Y’all don’t read minds, you just repeat whatever pops into your head at the time.  And… who says that repeating the 3rd down was a mistake? After all, this was not your typical ‘late hit’, was it?

All during the pre-season and tonight’s opener, I am increasingly irritated by inane chatter and opinions offered by whoever happens to be in the announcer’s box.

Don’t get me wrong – I love you, Troy and Joe. You are the least annoying commentators I’ve seen.  But…  this is me and I have to give you some tips on how you can improve your fanability*.

1. Enough of the reciting of stats and prior season flashbacks  – we are trying to watch this game. The one our team is playing. Now.

2. We do not care what happened in Miami five years ago. And we certainly don’t want to miss our teams current play so you can show film clips of the damned thing.

3. Your job is not to entertain us. We don’t care what you think the players or the coach is thinking, or going to do.

4. Some history or trivia about the players is fine to pass along (but NOT during a play). Re-plays of the last play are fine – once. The next play will be soon, and we want to watch that play as it happens.

5. If you don’t have something pertinent to the current game – shut up and watch.

* Fanability: adjective, [fan ah′ bill it tee]: Having the ability to please an audience or crowd.
Source: The Dictionary of Words That Should Exist

Would you still go out if you could see it? 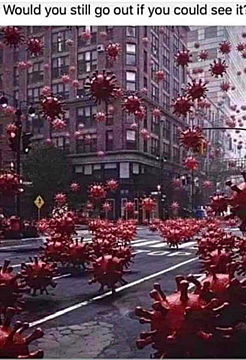