Today is the 5th Mother’s Day our family has spent without my Mom. This seems too short of a time since she passed and I think I might have figured out why.

For a petite gal, who never grew taller than 5 feet, 1.7 inches. We let her get away with saying she was “five foot two” because it did not matter what her height was – she was larger than life. If you were unfortunate enough to warrant a ‘lecture’ delivered by my mother, than you know what I’m talking about. Mom was always the powerful force of the family, and she reigned like the stubborn hillbilly woman that she was.

Born in Whitman West Virginia – a coal miner’s daughter. She lived in what they called “comp-nee houses”, which were owned by the mining company and rented out to miner’s families. The only local store was – you guessed it – a “comp-nee store”.  When asked by everyone she met, “where on earth are you from?”, she would smile and tell them she was from West Virginia originally, but lived in California since 1955.

Some of her accent softened out over time, but she never quite “lost it”. Our ears were used to her voice so we would forget she had one. We would notice it when she was mad, or super happy.

One memory, imprinted on my brain, happened when I was a Kindergartner learning how to read.  When the “Phonics” way of teaching started up we were learning to visualize words as we sounded the letters out. Not only would I see the letters & words, but I would see the emphasis the speaker was putting onto the word. For example, Dad followed baseball and was often vocal about what he thought of the ref’s, coaches and  Ideeyouts on the field.

The day my mother totally lost it and screamed “shit!” over and over and louder and slower each time was scary. I can still visualize that word, exactly as mom used it, full throttle and accented: 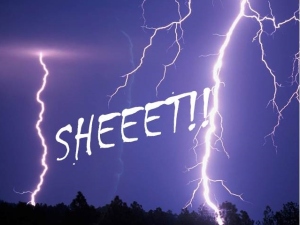