He actually blushed. Was he thinking about sex? She never knew what guys really thought, only that they never thought what she thought they were.

Doc cleared his throat to get their attention. “So… what’s it gonna be?”

Before he could answer, she asked Doc if he could give her a ride to town.

“I don’t think you’re up to the trip, my dear,” Doc said, “its 50 miles of mountain roads to contend with and some are pretty treacherous.”

“I’ll deal with it,” she said. Looking directly at Travis.

“I couldn’t in good conscience let you go,” he said to her. “I know your accident was my fault. And besides, my pants won’t fit you.”

The flash of his dimple was the convincer. Dammit!  She was such a sap.

Doc explained to both of them how to care for her wound. He left them with extra gauze, a pair of crutches, and some foul-smelling crap that she was, thank goodness, not required to drink.

“I’ll check on you in a few days,” Doc told her. “Keep the leg raised above your heart and do NOT try to put any weight on it. Oh, and I’ll consult with my wife about what clothing she can live without and bring it up with me.”

“Thank you so much.”

Chloë hoped that included undergarments. She cringed when wondering what condition her panties will be in after “a few” days. And she would need some feminine products in a week or so. She decided not to bring that subject up, for now. She figured Travis had enough TMI for one day.

Trying out the crutches, Chloë followed Travis outside to see off the doctor. By the time she got there, Travis was not around.

“Where’s your car?” she asked Doc.

He stared at her like she just spoke in French.

“Horseback,” Doc answered. Then she saw a gorgeous Palomino trotting towards them, and Travis following.

The days melted into one another. Chloë was only out of bed when carried to the outhouse. After breakfast, he removed her bandages, applied medicine and carried her back to bed. She only wore bandages in the evenings, so she learned to ignore her leg. It was too hideous to look at.

Chloë was lonely – there was only so much sleeping a girl can do. When Travis was out working in the barn, or whatever he did, Chloë got her crutches and explored the house. She was not out of bed more than ten minutes at a time, before and after lunch. She didn’t have her watch, it had disappeared into the same black hole as her purse, and there was not a clock found in the house. She didn’t realize how important knowing what time it is was to her. It was maddening to look at her left wrist and not see anything except a couple of freckles.

At least he slept inside the house now. The first night Travis slept in the barn and she got no sleep at all. Every noise and every creak frightened her. At breakfast, she pleaded with him to sleep in his own bed, where they both could be warm and comfortable. He sat looking at her in disbelief.

“You want us to sleep, in the same bed, together?”

Chloë interrupted him, “Nobody has to know. It will be our little secret.”

“What if I roll over in my sleep and brush against you?” he asked. “I’d rather not be bashed in the head with crutch.”

Chloë giggled. “I’m not afraid of you, Travis.”

When she woke up the morning after Travis slept next to her, she watched him sleep. He even slept in a masculine way. She would not be able to describe how it was masculine – it just was. She lay there comfortable; in fact for the first time since she found herself in these woods, she felt peace.  She slipped back into slumber easily, not waking when Travis got up at dawn.

She woke up alone. Feeling the sheet on his side of the bed and finding it warm, she knew it had not been very long since Travis left. The smell of coffee was enticing. She hated drinking it black, but the man had no sugar or vanilla cream coffee-mate®.  Determined to do something herself, Chloë reached under the bed and grabbed her crutches. She wished she had slippers to wear. Her already chilled foot protested the ice-cold floorboards.

She made her way to the wood stove and poured herself half a cup. Then she held the cup with both hands close to her face, to enjoy the aroma and to warm her hands. When she heard Travis stomping his boots on the porch to knock off dirt or whatever before entering the house, she smiled. He was right on time for her much-needed outhouse run.

A framed photograph hung in the windowless corner. It was black and white with an old-fashioned setting, and it was Travis in the picture. He was so HOT, she could hardly stand it.

And that’s when it came to her. Where she had seen him before was in another photo that was nearly identical, probably taken the same day, because the shirt he had on was the same. She practically drooled when she looked at it.

Except in the other photo, the black and white image had faded, and the border had cracked and turned yellowish brown, as old photos are known to do. He still looked very hot in that photo, and that was why she remembered it, and where she’d seen it, so vividly.

“No. Way – Please God, this can’t be true. I have to be dreaming!” Even as she denied it, she realized it would explain everything going on, except for why and how.

This other photo of him was pasted into her grandmother’s family album. Under it, written in grandma’s neat and precise handwriting, said “Grandpa Travis Richardson – at the Calaveras County Fair. 1894”

“Holy Crap!” she said crumpling to the floor. Chloë desperately tried to dismiss this evidence, saying, “No, No, NO…” like a mantra, while holding on to herself and rocking. Then her mind grasped on to the idea that probably Travis was the great-great grandson who looked amazingly like the old guy in grandma’s album. Yes! That had to be it, she decided. The other alternative could not be possible.

When Travis broke for lunch he found Chloë sitting on the floor, staring at the wall.

She had not heard him stomp or come inside, and when he put his hand on her shoulder, she startled.

Chloë studied his face and reluctantly asked, “What year is it?”

“Eighteen and Ninety Five,” he replied.

It really had happened. She felt some relief from having to fight the truth, and that she wasn’t crazy as a loon. There was no sense in trying to explain that she was his great-great granddaughter, from the year 2013. She couldn’t even explain it.

Where was Doc Brown when she needed to get back to the future? 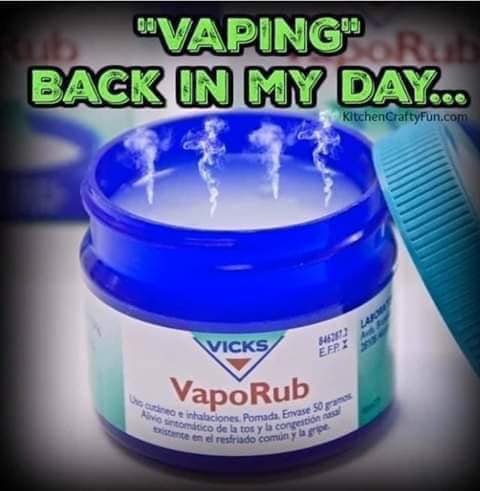