I absolutely love Jean-Claude Van Damme’s spin-kick. I don’t know why, but I was mesmerized from the first one I saw. I was not even watching the movie, my hubby and sons were having testosterone theater night and I was  in another room reading a good book. I came out to the kitchen for a refill of popcorn and that’s when I saw it. Then a close up of the kicker clinched the deal. I could not believe what I had been missing!  I plopped right down on a bean-bag and stayed there, not moving until the credits were over.

That movie was Nowhere To Run and it had a romantic, Knight-in-shining-armor story going on. Jean-Claude had to protect himself and the pretty single-mom with his spin-kicks. This was not your macho he-man only kind of movie.

When Hard Target was on TV I decided to check it out. The spin-kicks were even more awesome and intense. The plot was once again a damsel in distress (which I love, BTW). But the enjoyment of watching spin-kicks and the rescuing was tainted by Jean-Claude’s hair. I know it’s petty, but really, did his character have to have a greasy, matted, mullet cut? Yuck. Despite that distraction, it was a great movie.

I discovered that Universal Soldier was playing on HBO late Saturday night.  I would be sleeping on the couch and vaporizing myself, so this cheered me up considerably.  I had a “date” with Jean-Claude.

My “date” is in top spin-kick shape, and has clean, short, military hair in Universal Soldier.  Even when wearing an eye-patch the dude is

!!!.  I think I remember exactly how hot Jean-Claude is in between seeing him in action, but my memory is like black & white TV, compared to the high-def, full living color of this perfect man. Such a lovely surprise each time I see him!

This movie has many more lethal weapons and mindless shooting than the other movies I like. I just fast forward through those parts and get right back to the chick stuff. There should be no shooting in a Van Damme movie anyway. Just a bunch of major ass-kicking.

What could be better than Jean-Claude’s perfect face and body, kicking ass in a tight-fitting uniform?

His being out of uniform, that’s what. Jean-Claude plays a character that is  too hot for his own bad self. When the man gets overheated he starts pulling off clothing and looking for ice. And girls, this happens more than once.

No matter which movie you pick to watch (and I know you will!), you may need ice yourself.

Grampa Let Her Work on His Ford 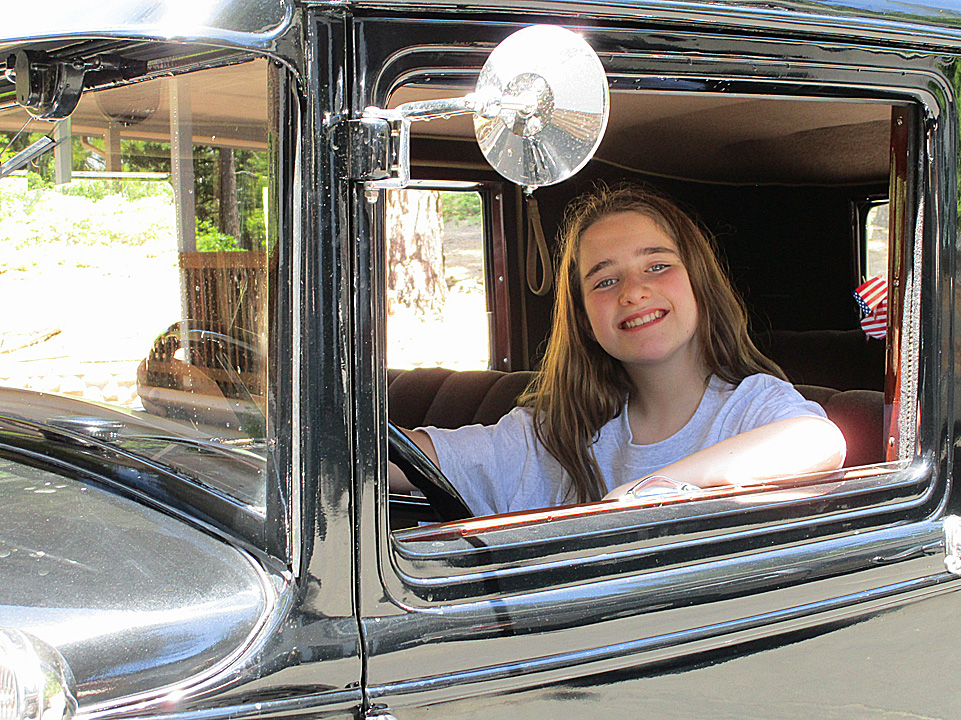